Book an appointment
call us

Registered with the National Associations that govern Acupuncture and Chinese Medicine Practice.

A Chinese medicine practitioner practises holistic, alternative medicine approaches which comprise of various techniques and methodologies. This includes Chinese Herbal Formulae, Acupuncture, Cupping, Gua Sha, Electro Acupuncture, Chinese Medicine Dietetics. They also use diagnostics like pulse and tongue diagnostics to assess physiological health. We also look at the channel pathways, which comprise of the lymphatic system, blood vessels and nerve pathways, all of which can be assessed using the Acupuncture channel networks (the Jing Luo).

Based in North Hobart and set within in a multi modality framework. The clinic has a particular interest in Pain related disorders, working with both classical Acupuncture techniques and scientific techniques like Motor Point Acupuncture. Assessment of any pain pathology,  chronic, or acute disorder, involves diagnostics that decide the most appropriate pathway. That may involve classical Acupuncture, modern approaches (such as Dry Needling), or a combination of both. A background picture can also obtained by what your levels of stress are and what might be preventing your body from healing.

Keep up with the latest news in the field 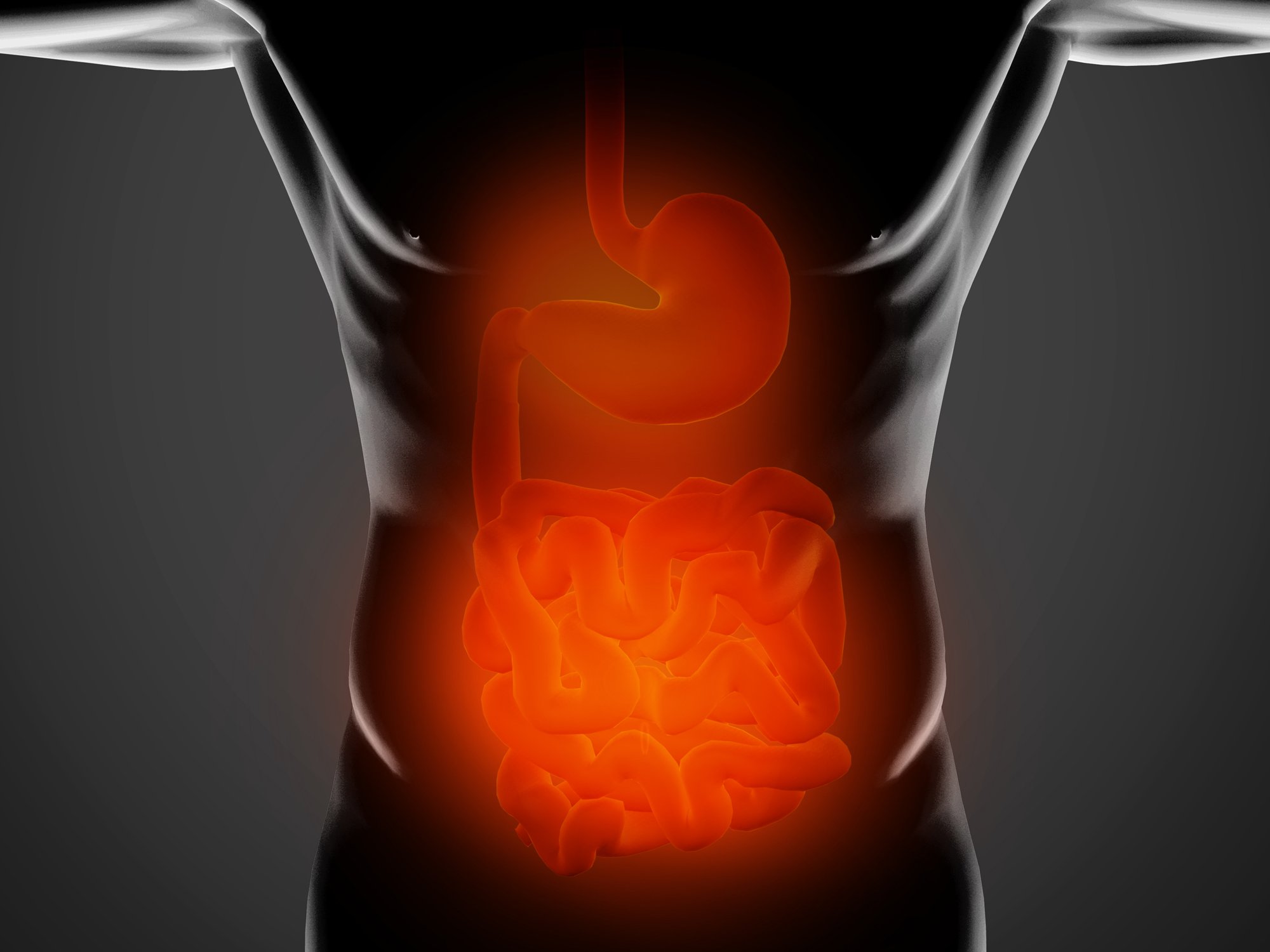 HOW EMOTIONS CAN GET THE BETTER OF YOUR DIGESTION

1 in 4 experience Chronic Pain – Where does Acupuncture fit?

Learn more about our clinic

Want to find out about how we treat at our Acupuncture clinic or the core beliefs and philosophies around treatment with Acupuncture and Chinese Medicine?

Visit our Acupuncture Resources page for videos about how Acupuncture is impacting the world.

Want to learn more about Acupuncture or see some content related to what is happening in the field of Acupuncture and Chinese Medicine?

Why should you choose Our Clinic?

So many reasons to choose from


In practise since 2013 and in the industry since 2010. Treating in busy volunteer environments overseas and commercial practices interstate.


Working with empathy, understanding and dedication to get you back into balance and feeling better.

Some commons questions about Acupuncture and Traditional Chinese Medicine
What is Acupuncture?

Evidence of Acupuncture appears to exist in texts that were found to be over 2000 years old.

Appearing to have developed in China, Acupuncture involves the insertion of ultra fine needles into the skin, along pathways called “meridians”. There are important differences in translations to do with how Qi and Xue were discussed when conceptualising how Acupuncture works. The term “Qi” has been translated to mean both “energy” (according to Soule De Morant) and also “oxygen” or “vital air” (From Paul Unschuld, a specialist in translating Acupuncture texts). The term Xue is more clearly translated to mean blood.

Therefore, the use of Acupuncture to move, harmonise and unblock “Qi” and “Xue” merely refers to the ideas of regulating the movement of oxygen and blood in the body.

It’s true that “energy” exists in any person that lives, breaths and generates a muscle contraction with ATP. And moving Oxygen and Blood through blood vessels within the channel or meridian pathways that the ancient Acupuncture texts mention, is obviously going to in some form translate to a movement of energy. As far as the intentional misrepresentation of Acupuncture may occur from scientific models of medicine,  we must consider that it is based on a misunderstanding of the Chinese language.

When Acupuncture is performed, there will be a movement of oxygen, blood and energy.

What is Traditional Chinese Medicine?

Chinese Medicine is a broad term.

However it covers aspects of Acupuncture, dietetics, herbs, feng shui, flavours and nature of food/herbs and also discusses environmental factors which affect the body. It also encompasses philosophy such as the idea of Yin/Yang, which are opposing but interdependent forces that can not be separated. Chinese Medicine Practitioners learn about how to use the idea of Yin/Yang and the above as diagnostic tools to inform treatment processes.

What is Chinese Dietetics?

Looking at the flavours, nature and temperature of foods helps us when we are treating individuals, because Chinese Medicine seeks to find balance. If the body is cold, warm it with herbs that are warm in nature. So dietetics looks to balance the deficiencies or excesses that the body or patient is presenting with in a clinical setting.

What is Herbal Medicine?

Various individual herbs have certain actions and indications when talking about treating various conditions. And then there are arrangements and groups of herbs which can be used together as a formulae. Whether we talk about individual herbs, or Herbal Formulae, Chinese Medicine

has a framework which tells us how the herbs will affect the body, or how the nature and flavours of those herbs will interact and move within the body, which may lead to physiological changing in the body that the practitioner is seeking to achieve. A practitioner will often use tongue and pulse diagnosis to find out the relative strengths and deficiencies in the body, in which they can find an appropriate herbal formulae to help restore the balance. Often, Chinese Herbal Formulae and Acupuncture is used together to provide a more rounded treatment approach.

It was a few years when Michael Phelps was photographed with some mysterious round purple marks over his back Linked here. Acupuncturists across the nation suddenly were getting calls about the  practice of Cupping in Chinese Medicine.

Placing cups which can be made of silicon, plastic or glass over certain areas of the body, and creating a negative pressure inside those cups causes a vacuum pressure which pulls the skin upwards and away. When this happens the vacuum pressure of the cup causes Qi (oxygen) and Xue (blood) to rush to that area. Various techniques of cupping help to invigorate blood circulation for muscle recovery but also leave marks like that seen on Michael Phelps in the process.

What is Gua Sha?

Scraping, or Gua Sha, is when special spoons are used to apply dragging techniques over the skin at certain areas of the body, to free up stagnation or to bring pathogens to the surface or “Wei Qi” level. This technique also leaves visible markings like cupping.

The application of heat to Acupuncture points and areas of the body, using a herb called  Mugwort, is called Moxibustion. There are different techniques associated with Moxibustion, including rice grain, moxa roll/stick, Needle head moxibustion and platform moxibustion to name a few. Moxibustion is an art of itself and is popular in the Japanese Tradition of Acupuncture.

What is Motor Point Acupuncture?

If we think purely about the muscles and how they operate on a mechanical level, with the insertion points, origin points, muscle belly and the ATP that drives muscle contraction, we can start to think of the importance of Motor point Acupuncture. At specific areas of whatever muscle is in question, are sites where the electrical resistance is lower than the other areas. Some of these areas are called motor points, and when you stimulate these areas with Acupuncture, Electrodes or Electro Acupuncture, visible contractions and twitches can occur as the muscles are stimulated to fire  without your control or input. This type of Acupuncture can be great for releasing  muscles and restoring normal function to the musculoskeletal system.

What is Dry Needling?

Here is a great article about Dry Needling from Jeff Shearer at Evolve Natural Medicine.

Basically, Dry Needling is a contended topic, with a term that was popularised and brought about by Dr Janet Travel, who was the physician of JFK. However, the technique itself was also described in Classical Chinese Acupuncture texts. The overall idea in Dry Needling, is to locate active trigger points in the muscles, which might refer pain locally and to other areas of the body. The term Dry Needling was invented because it used a hypodermic needle without the intention of injecting any type of pharmacological agent, therefore a “Dry” Needle.

WHERE TO FIND ACUPUNCTURE?

Visit our Acupuncture Clinic in North Hobart. Acupuncture Bookings are by appointment only.